We teach people to be the heroes
of their neighborhoods

When everyone else was saying how can we get out of the hood, we are the people who said we wanted to stay and just make it better.

We are Black community organizers, activists, pastors, healthcare professionals, mothers, brothers, sisters, fathers, cousins, and friends of African Descent in Chicago. We could no longer stand being completely helpless, terrified and devastated as we attended funeral after funeral.

We work hard with few resources and for little or no money to because we love our communities. We get up and active because we know we can’t depend on hospitals that refuse to open trauma centers, or medical centers with slow emergency response times. We are the ones we’ve been waiting for and we’re much more wise and powerful than we often think we are.

More About Us
Previous
Next

We also offer and are developing other emergency trainings. This includes a training on how to prevent asthma attacks, as well as how to help someone having a mild to moderate asthma attack and prevent it from becoming more serious.

— How to maneuver to protect yourself

— How to help the injured

— How to manage the chaos

— What to do when the police and paramedics arrive

Private and Public Workshops are Available . 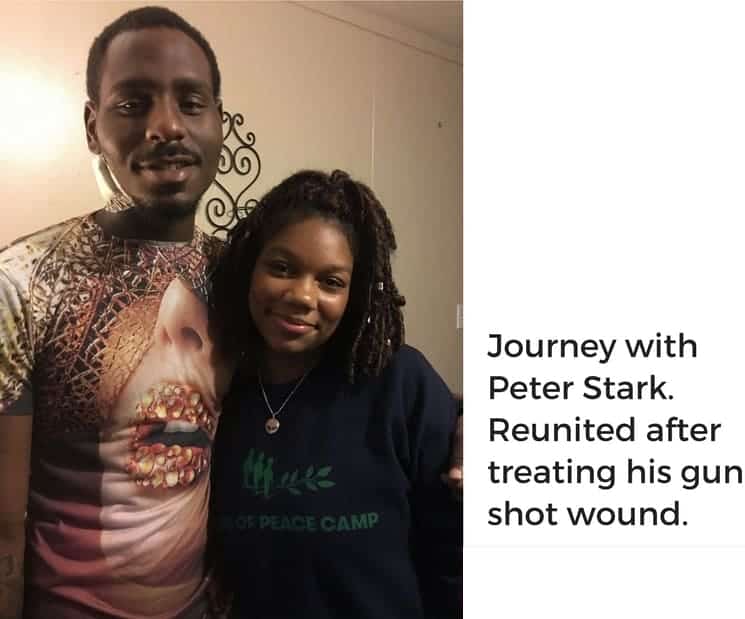 I was only doing as I was trained; so if you really want to thank me, get trained. Get your family and friends trained so you can do what I did.”
– Journey Jamison

Chicago is the center of America’s gun violence epidemic, home to 3,457 shooting victims in 2017 alone. Slow ambulance response times, a shortage of hospitals, and a police force that isn’t required to administer first aid leave shooting victims with slim chances for survival—but one grassroots organization is fighting to change that.

VICE met up with the activists behind Ujimaa Medics, a group teaching local kids to treat gunshot wounds in Chicago’s South Side. We followed along as children as young as 12 learned how to bandage a wound, control crowds, and interact with the cops—including one young woman who used her training to save a life.

Help us continue this important organizing work by making a donation.

All contributions are cherished and appreciated!